Mindshare London is one of Europe’s leading ad agencies, offering a full range of services from account planning through content creation to media buying. Mindshare’s current and past clients include iconic British and global brands such as IBM, Facebook, Nike, Superdrug, Jaguar Land Rover, Magnum and Crowne Plaza.

The company wanted to improve its award entries. It needed to more fully capture the great work Mindshare’s planners, creatives and media buyers were doing. For this, it required a writer who understood advertising, account planning and creative content.

The writer had to be able to communicate what was unique about Mindshare’s approach in a way that would grab judges’ attention. He or she had to be able to do this to very tight word counts, turning feedback around efficiently while minimising the amount of work for Mindshare’s already very busy account directors and other specialists.

Based on a recommendation, the company started working with Wright and Brown in April 2018. With entries written by Wright and Brown as a starting point, Mindshare was shortlisted for the Marketing Masters Awards for its work on campaigns for War for the Planet of the Apes (Media, Gaming and Entertainment category), Fox’s Uncovering the Deep State (also Media, Gaming and Entertainment category) and Crowne Plaza (Travel, Leisure and Transport).

In June 2018 — based on the campaign’s outstanding creative and commercial and using award entries written by Wright and Brown — Mindshare won the Social & Influencer Grand Prix at Cannes for ‘Nothing beats a Londoner’.

“Wright and Brown has given us a consistent voice that showcases some of our best work in an amazingly well-written light. This has helped us win over judges on awards panels. We look forward to working with Karl and Karen in 2019.”  Davina Rajoopillai, Projects & Events Manager, Mindshare 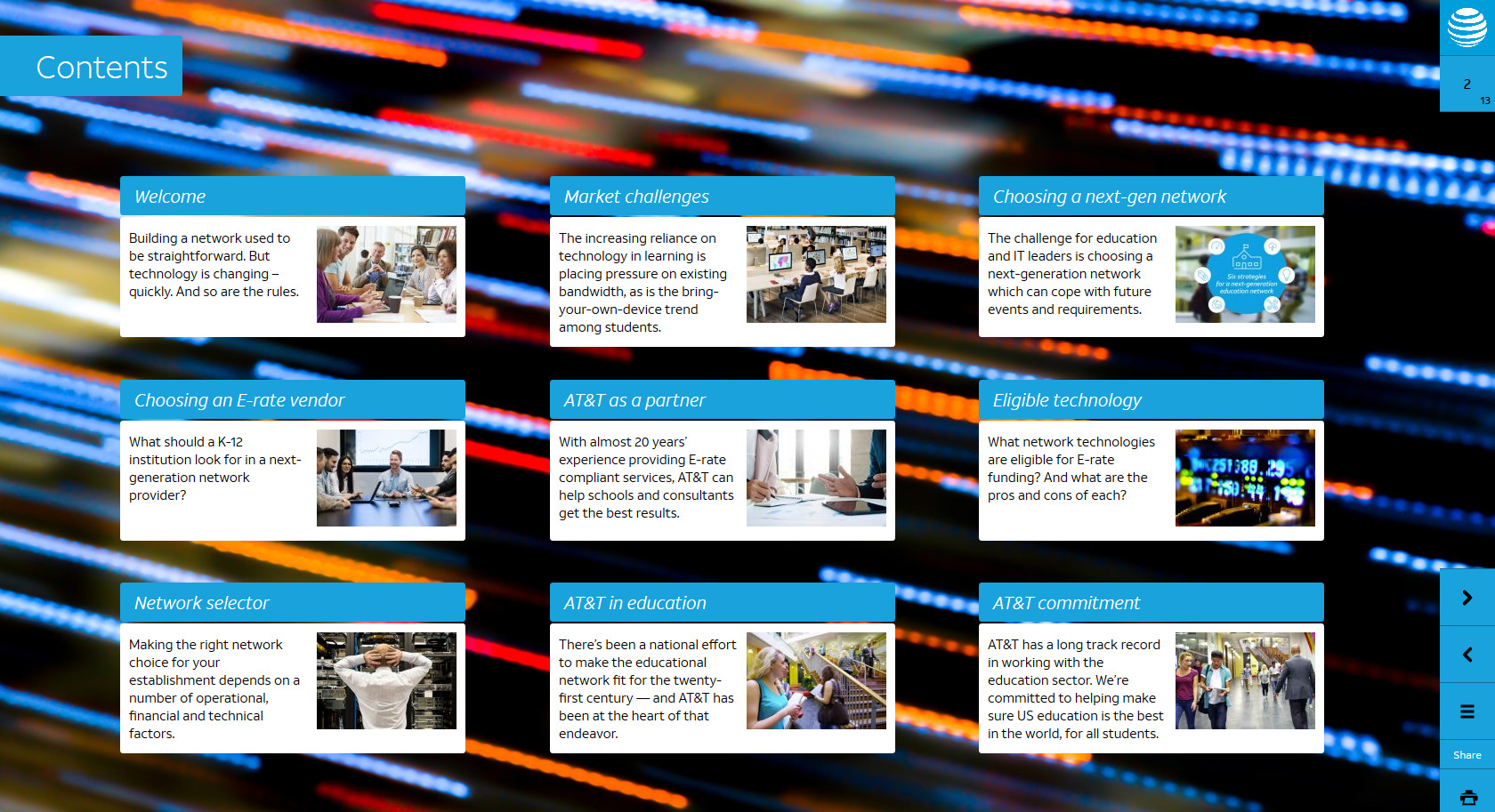 The Rubicon Agency specialises in marketing for technology companies. It has worked with some of the biggest names in the tech sector, including Cisco, Oracle, Xerox and Symantec.

In 2017, Rubicon was contracted to help the AT&T Public Sector team create educational and demand-generation content for the US education sector. The campaign addressed customers across the length of the sales funnel with a wide range of assets.

I was commissioned to write two interactive white papers, one for school management teams and one for specialist advisors working in the sector. The papers had to explain the different managed networking options available to schools, making clear the technical, policy and educational implications inherent in each option.

Working together with Rubicon from the planning stages, I mapped out the narrative flow of both white papers. I then wrote the copy for both assets and worked with Rubicon and the end-client at AT&T to take the papers through amends from the product and legal teams in the US.

“We needed a copywriter with tech experience who also understood marketing and sales. And we needed someone we could trust to have direct contact with our client. Karl ticked all those boxes. The client liked Karl’s copy and we enjoyed having him on the project. We’ve worked with him since and I hope we’ll work with him again in the future.”

PPRO is a London- and Munich-based fintech specialising in online payments. In February 2017, a panel of 18 venture-capitalist and finance industry experts named the company as ‘one to watch’. Wright & Brown has worked for PPRO for over a year.

Our first job was to write the company’s regional payment reports for 2016. Simultaneously a lead-gen and a brand-awareness tool, these reports give payment professionals a country-by-country overview of the state of e-commerce, online payments, and general market conditions on each continent.

Since then, we’ve worked with PPRO on PR, regulatory, lead-gen, and brand awareness content. We’ve covered everything from the implications of Brexit for UK fintech to the challenges US e-commerce faces in expanding overseas. In 2017, we helped the company research and write the 450-page PPRO Payment Almanac, the first comprehensive guide to online payment methods worldwide.

One of the interesting things about working with PPRO, is the breadth of the topics we cover. The same piece of content might cover the technical advantages of a specific payment method but also the politics of given market and how that might impact a merchant’s decision to invest there.

“I’ve been working with Wright & Brown for about a year now and as a monthly freelance contributor Karl has quickly become like a core part of our team. It is great to be able to rely on Karl for superb quality writing and editing as well as great market research. As both a journalist and marketeer, he offers the perfect mix for all company needs. What’s more; he constantly comes up with additional ideas and proactive input that adds a tremendous amount of value. We highly recommend working with Wright & Brown for high-quality research, writing and editing.”
Elke Wößner-Probst, Head of Marketing, PPRO. 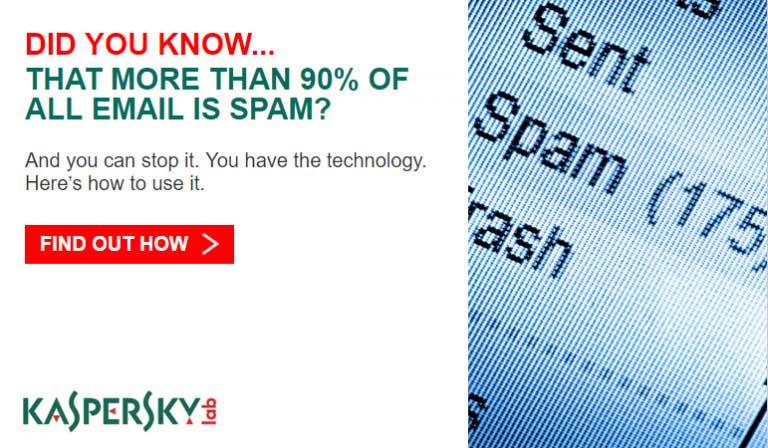 In 2013, Publicis won the contract for Kaspersky Lab’s lifecycle marketing content. I was part of the pitch team and then became the account lead.

Working closely with Kaspersky’s global marketing director, we created an entirely new portfolio of customer experience (CX) content. Our goal was to cut the clutter, write snappier copy, and focus in every case on a single conversion event.

END_OF_DOCUMENT_TOKEN_TO_BE_REPLACED 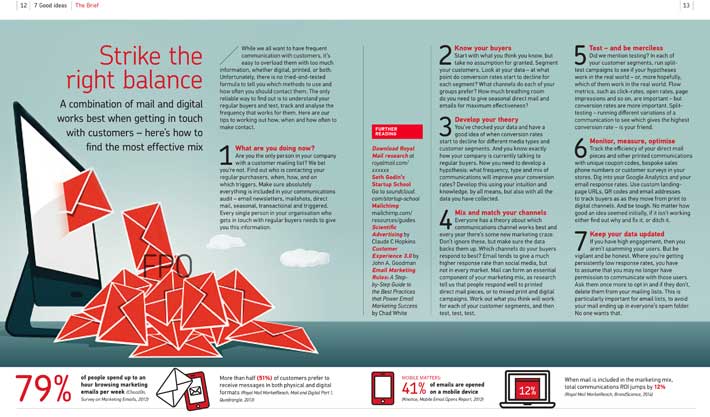 For The Brief, its new customer magazine, Royal Mail needed content for small-business owners that would both build its brand and give readers something of measurable value for their business.

The desired conversion action was for the customer to use a Royal Mail service in conjunction with their existing — predominantly digital — marketing activities, in a way that measurably benefited their business. END_OF_DOCUMENT_TOKEN_TO_BE_REPLACED